Inspired by the upcoming Zee TV show Qurbaan Hua you can now find out how far would you go for love of your family and loved ones. 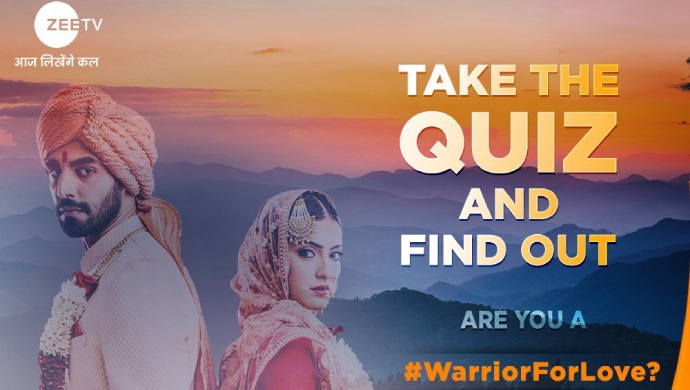 Qurbaan Hua the upcoming Zee TV show is set to begin on 25 February 2020. This show is set to star Karan Jotwani as Neel, previously seen in Aap Ka Aa Jane Se, starring opposite Pratibha Ranta as Chahat. This show promises to a unique romantic saga from the promos that have been received well by audiences. Neel’s sister is killed while Chahat’s father is framed for the murder. Neel decides to marry Chahat as revenge for his sister’s death. Chahat decides to be with Neel and prove her father’s innocence.

Take this test and find out now if you have it in you to be a #WarriorForLove!https://t.co/2InpxP6X8P

Qurbaan Hua is set in the holy mountainous regions of Rishikesh where this promo featuring Pratibha Ranta and Karan Jotwani was shot. Catch the behind the scenes clips where Karan Jotwani walks down the hills and raps to the music of Gully Boy with his co-star.

Watch the first episode of Qurbaan Hua, every night at 10 pm on Zee TV. Catch the episodes streaming before TV on ZEE5.