The reviews are in for the second season of Kaali and it has quickly climbed it's way to the top the watchlist for audiences and critics. 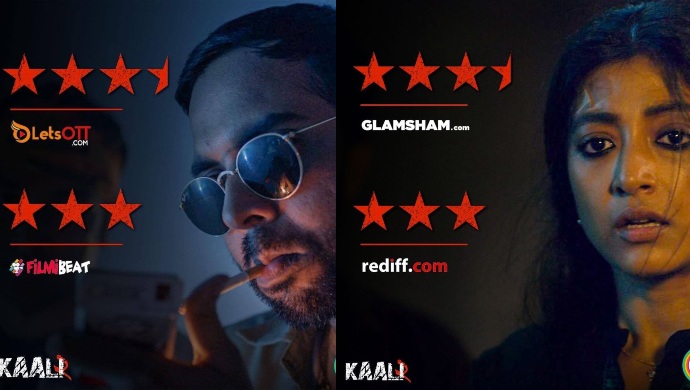 Kaali 2 starring Paoli Dam, Abhishek Banerjee, Chandan Roy Sanyal and Vidya Malavade in leading roles has climbed the charts in popularity. This series is grabbing eyeballs for its action-packed and thrilling story but more so for the wonderful acting especially the role of Kaali (Paoli Dam) and her nemesis Jin Liang (Abhishek Banerjee).

Femina India said Kaali 2 topped their watch list because of it’s the nail-biting and awe-inspiring story. Neeta Karnik from Femina wrote, ‘The tale of ‘Kaali 2’ is a homage to womanhood and the strength she entails within. It is also a riveting celebration of power and femininity, through the eyes of Kaali.’ Paoli Dam even made to the cover page of Femina for her role in this series.

Our cover girl, Paoli Dam (@paoli_dam) who plays Kaali in @zee5premium’s newest offering, #KAALI2 is a portrait of strength, fierceness and power that comes with being a woman. She knows what she wants, and she isn't afraid to fight for her truth; much like her character, that is an ode to the strength that a woman entails within. . . Femina celebrates power and femininity through the eyes of Kaali. #UnleashTheKaaliWithin . . Starring @iamroysanyal @nowitsabhi @vidyamalavade @rahularunodaybanerjee 🎬@rohan_ghose @aritsen07 @parambratachattopadhyay @ig_roadshowfilmsofficial. Tune in now! #ZEE5 #KAALI2

Others like Glamsham called the show ‘engrossing’, ‘haunting’ as well as ‘fulfilling the promise of the first season’. Pinkvilla singled out the two new characters for praise, ‘The two new druglords are played by Abhishek Banerjee and Chandan Roy Sanyal who bring a breath of fresh air’. LetsOTT says that ‘Kaali 2 is a nail-biting crime thriller’ that will ‘keep you on the edge of your seat’.

Chandan Roy Sanyal shared some of the messages he got for his role of Swapan Koley in the series.

Woke up to some warm messages for my act of crippled don Swapan in #Kaali2 on instagram and whatsapp, some school friends called too after binging on the show.I really underplayed the part guess thats working which i Wasnt sure. How do you play cripple don? 😊✌🏽

Paoli Dam also shared some of the messages she got from audiences about their series.

Fans of the show on Twitter also showed their appreciation for Abhishek Banerjee’s role as the maniacal drug dealer Jin Liang.

We can’t help but agree with this fan who is already demanding for season 3 of Kaali.

Watch Kaali 2 in both Hindi and Bengali as well as dubbed in other regional languages only on ZEE5. Listen to the title track from the series here.

Chintu Is Having A Birthday Party, But Will It Be A Happy One? Find Out Today On ZEE5