Rubaru From Jamai 2.0 Starring Ravi Dubey And Nia Sharma Is The Love Anthem Of The Year

The music video of Rubaru, the original soundtrack from ZEE5 Original web series Jamai 2.0, starring Ravi and Nia is out now. 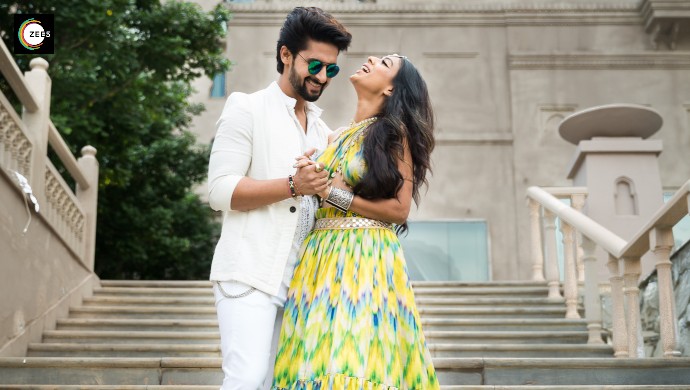 Ravi Dubey and Nia Sharma fans, the wait is finally over! The music video of Rubaru, the original soundtrack from ZEE5 Original web series Jamai 2.0, starring Ravi and Nia is out now. Packed with Saurabh Kunwar and Abhishek Kumar’s dipped-in-love lyrics along with Ravi Singhal’s soulful composition, Rubaru has been sung by Ravi Dubey himself! The melodious track marks the actor’s singing debut and treats fans of #SidNi and #NiVi to his electrifying chemistry with Nia.

Rubaru originally was a track used in Zee TV show Jamai Raja. On fans’ demand, the song was reprised for the telly series’ digital spin-off Jamai 2.0. Owing to the immense popularity of the stars and the followers not getting enough of Siddharth and Roshni, Rubaru was made into a music video ultimately. The video has been produced by Ravi and his wife, actress Sargun Mehta-owned Dreamiyata Entertainment Pvt. Ltd., and has been shot at the picturesque Fairmont, Jaipur. Choreographed by Rahul Shetty, Rubaru is the love anthem of the year that will make you yearn for your significant other’s presence! Catch the video here:

Speaking about his singing debut and the hype around Rubaru, Ravi exclusively shared with us, “I think let the expectations soar. Because it’s just a matter of time before the music video releases on November 11th. I’m really keeping my fingers crossed because it’s my first attempt at singing, I’ve only been singing in bathrooms before this.”

Commenting on the possibility of another season of Jamai 2.0, Ravi told us, “That’s for them (ZEE5) to decide. But the story definitely has scope for another season. Because in Jamai Raja if you see Siddharth, Roshni and DD were all dead but Jamai 2.0 brought them back from the dead. Storytelling is something where there are no endings, everything can become a new beginning. So yeah there’s definitely scope for more episodes.”