Shoaib Ali AKA Rochak On Dil Yeh Ziddi Hai: I Play The Lead Actor And Not A Negative Role

On Dil Yeh Ziddi Hai, Shoaib Ali who plays the role of Rochak explains that he is the lead actor and not the villain as rumours suggested. 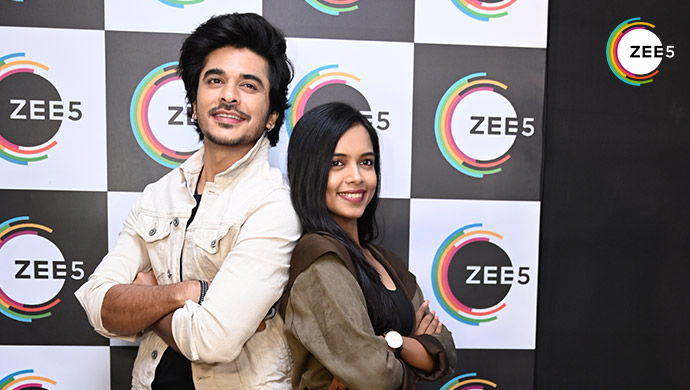 Shoaib Ali plays the role of Rochak on ZeeTV’s latest TV show, Dil Yeh Ziddi Hai. This show promises to be beyond a run-of-the-mill saas-bahu drama. Shoaib talks to us about what made him take up the show. He tells us about his life from quitting his job as a graphic designer to playing the lead on a TV show. He also dispels some big misconceptions about his character, Rochak, on the show.

Watch him in the first episode of Dil Yeh Ziddi Hai here.

Int: What attracted you to the role of Rochak in Dil Yeh Ziddi Hai?

Shoaib: I auditioned for Rochak before I got to know the storyline. What really attracted me to the show was that, that is not the normal saas-bahu drama. There was something different that will give people hope and inspire them to follow their passion. Especially if you have faced problems in your life, just like Kajal (Megha Ray) overcomes her blindness on the show, it will inspire people to overcome their problems too.

Int: The whole vibe of the show seems positive and uplifting. What message do you hope the show will give people?

Shoaib: There are many people who went through hardships in life. Even I faced harships, in life when I tried to pursue dancing. I was working as a graphic designer in the Gulf when I decided to quit and move to Bombay to become an actor. When I came to Mumbai, within six months I got my first break as a supporting actor. But after that I had no work for one and a half year.

That one and a half year was where I had my real struggle. I was into singing and dancing earlier, so I began teaching dancing to children in my area. I used to work as a delivery boy and eat only idlis for every meal. I used to see the people that came with me quitting and going back. I hope this show inspires people to not quit on their dreams.

Int: So I read that you are playing the negative lead on the show…

Shoaib: Actually I’m not. I don’t know how that rumor started. I’ve been reading everywhere that I’m the negative lead and I’m shooting on the show thinking there’s nothing negative here. Can you please make it clear that I’m the lead actor and not playing a negative or dark role?

Int: Yeah, of course. That will be the headline. So what is your character really like on the show Dil Yeh Ziddi Hai?

Shoaib: Rochak, as the name suggests is interesting. He is a writer who is honest and says it like it is. He is Kajal’s (Megha Ray’s) childhood best friends. When things go wrong for Kajal, how he supports her is what builds Rochak’s character on the show.

Int: Another thing I read (and I hope it’s true) is you learnt acting in Anupam Kher’s Acting School. What did you gain from that experience?

Shoaib: (laughs) It’s true that I went to Anupam Kher’s acting school, but I didn’t learn acting there. I just got the basics like how to create emotions and what not. Every person who wants to act needs to know the mechanical aspect of creating emotions to not look fake. So I learnt that as well ask how cameras work. But acting I learnt over a period of time working on different projects.

Int: This is your second TV show. Is TV the medium you are most comfortable with? Do you want to explore other mediums like webseries?

Shoaib: It’s my second daily soap apart from other episodic shows. But yeah I am very happy with TV right now because TV has it’s own audience. I wan to perform and win over those audiences right now. Eventually if something good comes my way then I would love to explore the digital space as well.

Int: What is the main reason, you think, Dil Yeh Ziddi Hain will stand out from other TV shows?

Shoaib: The main thing on regular dramas is the characters face problems and cry and the audience connects with them and cries. On this show the lead character faces strong hardships but just like the character the audience will also find strenght to face their problems.

Watch this TV show every night Monday to Friday at 7:30 on ZeeTV. Or you can watch the episodes streaming on ZEE5 and available before TV, for premium users.