On the show, Laxmi aspires to rule the Jindal household. 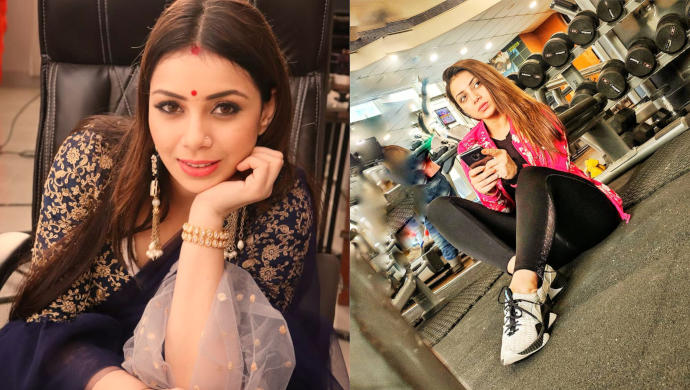 Laxmi Jindal on Guddan-Tumse Na Ho Payega is often seen coming up with tricks to trouble Guddan. Sehrish Ali is seen playing the character on the popular Zee TV show. Remember, how Laxmi teamed up with Saraswati and stole Guddan’s engagement ring? Or even at other times when she insulted her?

Watch the episode to see this Jindal bahu in the act:

When not shooting, the actor is seen spending hours working out and the results are visible. Sehrish is one of the fittest actresses in telly land. Her fitness freak avatar will leave you stunned. Seeing her train like a beast with her friend Adil might make you want to hit the gym ASAP. Check out her Instagram videos here:

Despite her erratic schedule, we like how the actress makes sure she never misses on her workout regime. Doesn’t Sehrish inspire you to switch to a healthy lifestyle? Do follow the actress on Instagram, not only will you get motivated to stay fit but also eat healthily.

On the show, we have seen how Laxmi aspires to rule the Jindal household. You would recall the number of times she has not agreed to Durga’s point of view. In case you missed that out, watch Sehrish’s performance in the episodes streaming on ZEE5.