The music video will remind you of your favourite characters from the movie and shows special messages on how the film touched audiences. 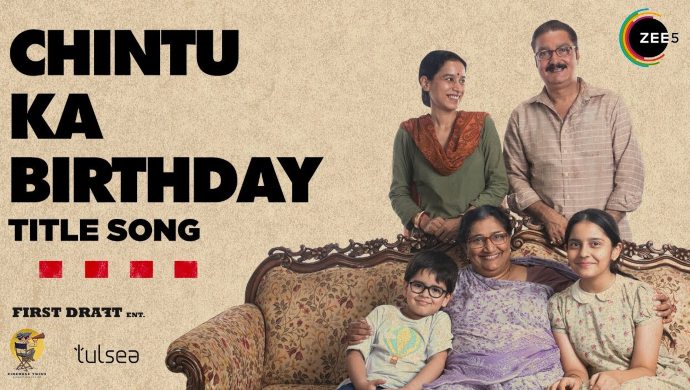 Chintu Ka Birthday was a movie that spread the message of hope and togetherness during the lockdown. This film about an Indian immigrant family in Iraq during the US invasion has touched the hearts of audiences around the world. This newly released title track brings back all the emotions you first felt when you watched the film and features special messages from audiences about the film.

This song is penned by Satyanshu Singh who was also part of the writer-director duo behind the film. He beautifully delivers the message that no matter how dark things get in the outside world, you should not lose hope. It also speaks about the importance of family and togetherness when things get tough.

The messages from people who watched the film are heart-warming to read. Some of the special messages include ‘I hugged my dad after watching this film and thanked him for everything he has done for me’ and ‘I watched this film with an Iraqi friend and he was too moved. We laughed and cried together.’

Wrtiter-director Devanshu Singh said, ‘The song is Satyanshu’s brainchild. He was filled with these experiences of the people in Iraq, Baghdad about the way. He came up with the thought and the expression. Much like the film the song also has it’s happy and melancholic parts. It’s an invitation but it’s also people’s wishes for the birthday. It’s like a fan art for the movie.”

On his favourite fan comment about the film, Devanshu says, “I am glad the audiences loved the film so much and they are sharing their opinions with us. My favourite comment is ‘I wish the world would be governed by Madan’. It’s shows how much they believe in that character and his innocence. But basically every comment mentioned in the song is special to us.”

For the one person who asked for the recipe for a biscuit cake made in the show, we hear you. Here’s a simple cookie cake recipe to help you out.

Watch Tillotama Shome, from Chintu Ka Birthday, playing the role of a mother in another brilliant series Mentalhood also streaming on ZEE5.

Watch 'Mentalhood' starring Karisma Kapoor as a modern mother in her digital debut, streaming on ZEE5

Game Of The Week On ZEE5: Midnight Pool Classic Is The Perfect Arcade Game To Play At Home