In the next episode, Malhar comes out of the police station crying after hearing that Ahir gave Anurpriya shocks. Kalyani tried to comfort Malhar. 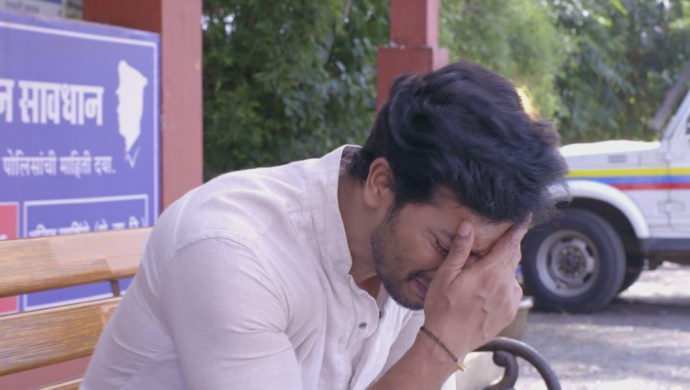 In tonight’s episode of Tujhse Hai Raabta, Kalyani takes back her fake domestic abuse case against Malhar. She tells Malhar that he doesn’t have to deal with every tantrum she throws. Malhar says there’s still a case on his family for shocking Anupriya. Kalyani promises to find proof that Malhar’s family is innocent.

When Anupriya and Kalyani go home, Kalyani smells Ahir’s perfume on Anupriya’s saree. She checks Ahir’s room and finds electric wires. with Ahir’s fingerprints. When Kalyani informs this to the police Malhar is freed but he keeps hitting Ahir till he admits the truth. Malhar wants to know why Ahir gave Kalyani electric shocks.

In the next episode, Malhar comes out of the police station crying. He is shocked that his own brother Ahir tortured Anurpiya with electric shocks. Kalyani comes out to comfort Malhar saying she is equally as shocked as he is. Malhar moves away from Kalyani saying that he doesn’t need her fake sympathy. Will Malhar end up fighting with Kalyani because of Ahir’s actions? Stay tuned to find out.

Karan and Mahira's marriage gets delayed for some time - Kundali Bhagya