In the next episode, a cop shows up and terrifies Kalyani and Malhar by saying that the blame of Rachit's murder is on Anupriya. Read more. 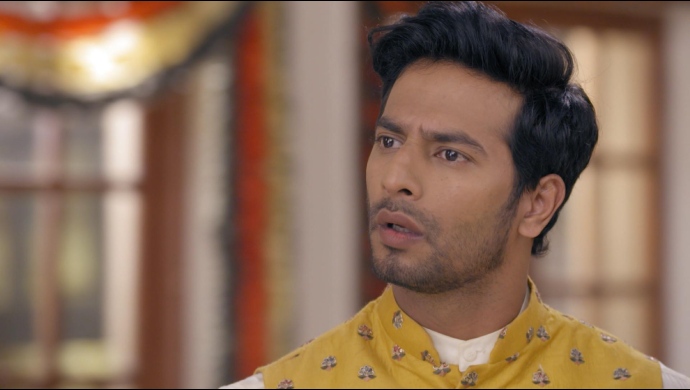 In tonight’s episode of Tujhse Hai Raabta, Sarthak reveals to Kalyani that Anupriya accidentally fired a bullet at Rachit. Kalyani gets very worried and sets out to find her Aai (Anupriya). When she reaches, she sees that Aao Saheb is ordering Anupriya to hide everything from Kalyani. But Anupriya, cries unnecessarily, confesses to Kalyani that she has committed a murder.

Just then, Malhar also arrives at the location. Sarthak requests him to forget whatever has happened and just pretend like nobody saw anything. But, Malhar renders an apology and says that Anupriya will have to go with her to the police station. She will also have to talk to the Police Commissioner regarding the crime.

In the next episode, a police officer shows up at Kalyani and Malhar’s house to reveal that an eye-witness has seen Rachit rolling down a hill and falling into the river. On checking, Rachit was not breathing at all. So, he says that the blame of Rachit’s murder is on Kalyani’s Aai (Anupriya’s) head. Hearing this, Malhar and Kalyani get astonished. Will they be able to save Anupriya? Is Rachit really dead?

To know more, watch all the episodes of Tujhse Hai Raabta on ZEE5.

Don’t forget to watch all your favourite Zee TV shows like Kumkum Bhagya and Kundali Bhagya on ZEE5!

It Happened In Calcutta Teaser: Introducing Naghma Rizwan In This Yesteryear’s Love Saga