In the next episode, Kalyani threatens to use up all her money to give grand wedding for Anupriya if she doesn't tell the truth about the wedding. 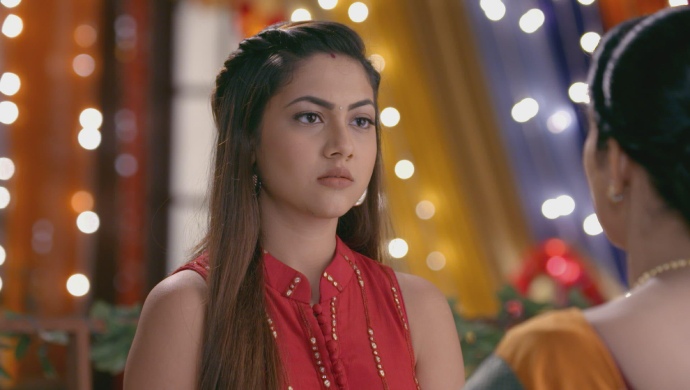 In tonight’s episode of Tujhse Hai Raabta, Kalyani tells Malhar that she is upset with Anupriya’s constant lying. Malhar says they will eventually find out the truth. He goes back to solve the case of 26th July in Solapur. Kalyani sees a photo of Ahir’s marksheet on Social media. She notices that Ahir’s marksheet has the same address as the one Malhar is investigating. He asks her to not bring it up with anyone at home. He will reach home and asks Ahir himself. When Kalyani reaches home, Malhar’s father refuses to pay any money for the wedding.

In the next episode, Kalyani says she his planning a grand ritual for Anupriya’s wedding. Anupriya says she doesn’t want anything grand just a few people should be there to bless her. Kalyani promises to keep the wedding simple but only if she tells her the truth about her reason to get married. Will Anupriya give into Kalyani’s demand? Stay tuned to find out.