In tonight's episode, Kalyani sees Sarthak regret not expressing his love for Anupriya. She tells Malhar that she is in love with him. 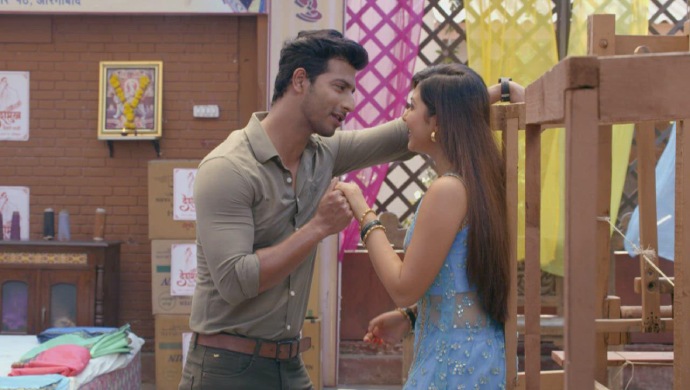 In tonight’s episode of Tujhse Hai Raabta, Kalyani wonders why Anupriya agreed to get married. She decides to use any means necessary to find out the truth. She goes to Anupriya’s bed in the morning and tries to find out why she agreed to the wedding when she doesn’t want to get married.

Anupriya says she is doing this as her own decision. Kalyani says she knows she loves Sarthak then why would she want to marry someone else. Anupriya’s fiancee, Adinath brings tea for her. Meanwhile Sarthak thinks he cannot marry Kalyani even if he has a police case on his head.

Kalyani tells Sarthak that Adinath is making tea for Anupriya. Sarthak says he will forever regret not telling Anupriya that he loves her and leaves. Kalyani hears this and tells Malhar that she loves him. Malhar says she is too young to say she is in love with him but he thinks he will want to go on dates with her like a normal 18 year old.

Kalyani leaves Malhar to check Anupriya’s phone to find out her secret but finds her phone locked. Atharv finds a camera with proof that Anupriya was forced to marry Adinath. Kalyani asks Adinath why he chose to marry Anupriya. Adinath says he liked Anurpiya’s simplicity.

Malhar gets a police sketch with Anupriya’s face as a suspect. However, Malhar bumps into him and the page falls from his hand. It goes into a water puddle making the whole sketch unclear. Anupriya watches as Malhar asks for another sketch.

Ahir tries to take back the camera from Atharv. Malhar asks him to go back in the house and leave Atharv alone. Anupriya realises that she came close to looking like a criminal in Kalyani’s eyes. She decides to leave Kalyani soon and go. Will Anupriya force herself to marry Adinath? Stay tuned to find out.

Happy Birthday Sehban Azim: These Pics Of Actor Will Totally Justify Your Crush For Him

Anjum Fakih Recalls Leaving Home For Showbiz: I Put Away My Burqa, Packed My Bags And Left